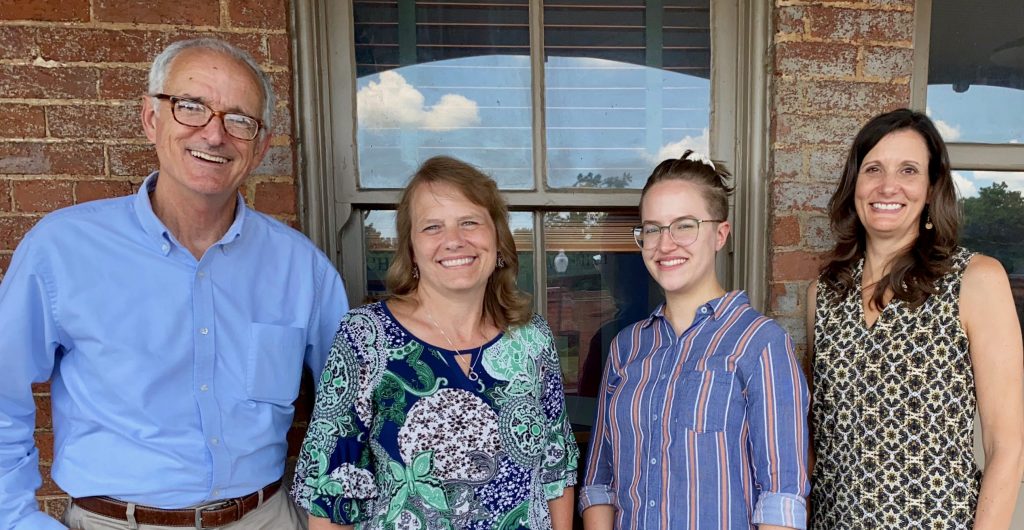 Michael Whalton is originally from Key West, Florida where, in the 1980s, he was the general manager of Sloppy Joe’s Bar and the founder of the Hemingway Days Festival. He and his wife Susan moved to Hedgesville, in the Eastern Panhandle of West Virginia, 27 years ago and have lived quietly on a 67-acre farm ever since. Over the past 29 years, the Whaltons adopted two children, rescued dozens of dogs and cats, and renovated several historic properties. Michael served on the board of the Eastern West Virginia Community Foundation for 10 years and worked as part-time executive director of the Community Foundation of the Northern Shenandoah Valley in Winchester, Virginia, from 2005 until 2011. He earned his RBA from Shepherd University in 2005 and his MBA in 2008. In April 2012, Michael was chosen to succeed Amy Owen as executive director of the Eastern West Virginia Community Foundation. He is a member of the Rotary Club of Martinsburg and is an alumnus of Leadership Jefferson.
Karin Hammann Dunn is the Eastern West Virginia Community Foundation’s Program Manager in charge of scholarships and grants. She worked at Habitat for Humanity of the Eastern Panhandle for more than three years as both Director of Operations and Interim Executive Director, before joining EWVCF in July 2017.  Prior to that she was Assistant Project Manager at Shepherd University and early in her career, was General Manager of Tanger Outlet Centers in Martinsburg.  Karin is a graduate of Shepherd University and cousin of the founding EWVCF board member, the late Connie Hammann. She lives in Martinsburg with her husband Larry, a Jefferson County native. They have two children, Frances Ann, a graduate of WVU who lives in Morgantown and, Adam, a Chowan University graduate living and working in North Carolina.
Rebecca Knight is originally from Leesburg, Virginia, and has lived in Charles Town since 2004. She graduated with honors from Shepherd University in 2017 with a degree in Sociology and a minor in English. Prior to joining EWVCF, she spent four years working at the Wonder Book and Video Warehouse in Frederick, Maryland, doing a myriad of jobs and buying far too many used books. We are delighted that she has joined our team back here in the Eastern Panhandle.
Amy Pancake has worked in the Eastern Panhandle in the nonprofit sector for the past 20 years.  She served the area as Assistant Director and then Director of the Eastern Regional Family Resource Network from 1998 to 2008.  She joined the Eastern West Virginia Community Foundation in 2008, and currently serves as the Affiliates Director, leading the Foundation’s operations in both Hampshire and Hardy counties.  Amy earned her BA from Shepherd University and MA from Marshall University.  She is a member and past-President of the Romney Rotary Club. Together with their children she and her husband preserved a log home in Hampshire County dating from the late 1700s, deconstructing, moving, and re-building it on the family’s acreage, where they still live today.