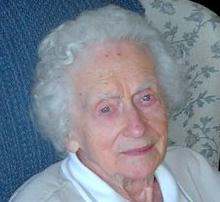 Established by Mrs. Ruth Cook Heishman when she created her will in 2003, this donor-advised fund primarily supports the schools in East Hardy County. However, this year, the fund advisors also recommended additional grants to support the Moorefield Schools and the two public libraries.

“Mrs. Heishman was a fervent advocate of a robust education, both as a learner and as a teacher,” said Amy Pancake, the Foundation’s director. “She graduated with honors from Ohio State University with a degree in bacteriology, and worked as a laboratory technician for the West Virginia Department of Agriculture. Later she became a substitute teacher for the Wardensville Schools where she taught every grade”.

During her lifetime, Mrs. Heishman frequently outfitted science classrooms with microscopes and other equipment necessary for the pursuit of knowledge, and bought hundreds of books for the school and public libraries. This legacy continues through The Founding Fund, and educators and students alike will continue to benefit for generations to come.

According to Pancake, this is the twelfth year of grantmaking from the Founding Fund, and the growth in the amount of annual funding demonstrates the power of endowment.

“In 2010, the Fund awarded just over $15,000 in grants,” Pancake said. She continued, “The amount has increased each year, funding opportunities and resources such as spectacular field trips (canoe trips to study the Chesapeake Bay Watershed, STEM challenges at the Air and Space Museum, hands-on geology lesson at the Shenandoah National Park, to name a few), books specifically designed for teaching core vocabulary to students with communication impairments, professional development for teachers, technology for classrooms, new books and technology for school libraries, visiting poets and theater groups, equipment for easier meat processing and preparation for annual Ham, Bacon, and Egg shows/sales, equipment to increase physical activity during school hours to help develop life-long healthy habits, supplies for hands-on exploration of different cultures, and funding to attend state and national educational competitions. This is just a sampling of the programs that have been funded over the years.”

Pancake said that grants this year will support similar activities, and is pleased that the opportunity to access some of the funding has been extended to Moorefield Schools.

For more information about the Founding Fund or other funds held by the Hardy County Community Foundation, contact Amy at 304-358-3431 or apancake@ewvcf.org.