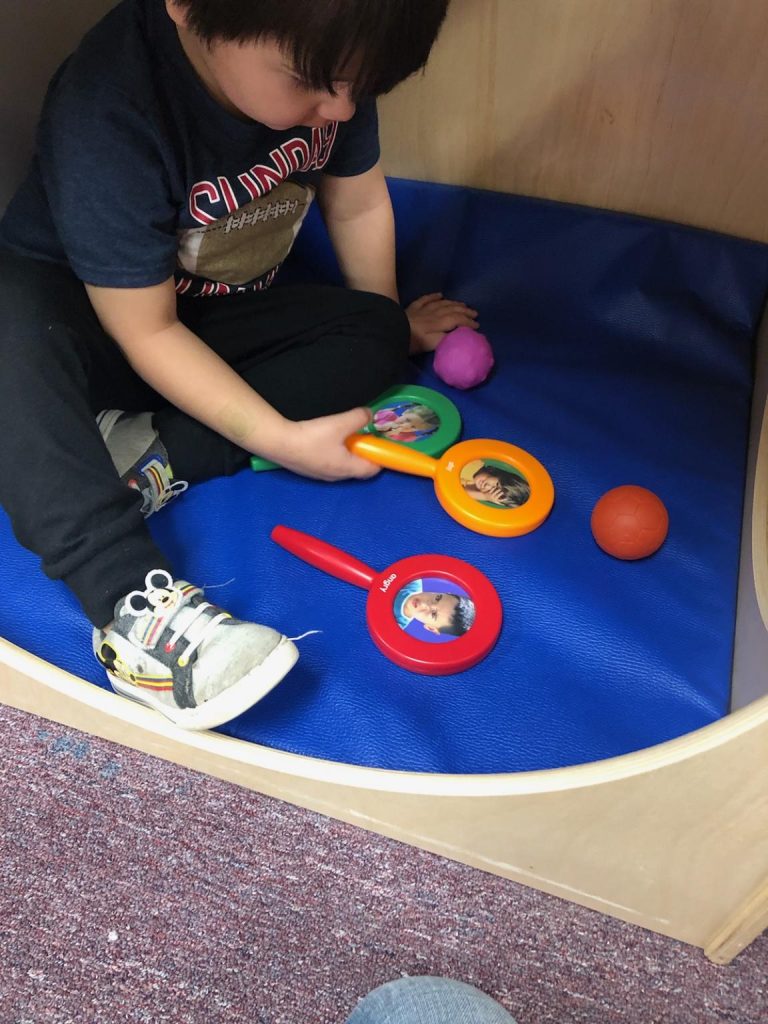 As the 2019 Community Foundation Week celebration wraps up today, we’d like to share a story of impact, in the form of a grant report from Lindsey Miller, a Head Start teacher who received a grant funded through the Hampshire County Community Impact Fund and the William Brady and Jean Taylor Rannells Fund.

“First, I would like to thank the Hampshire County Community Foundation for that grant that has been provided the opportunity for our EACHS Head Start students to expand their scientific thinking, curiosity, imagination, and problem-solving skills. When I originally applied for the grant my expected outcomes for the use of the materials were that the children would make predictions, explanations, and generalizations from using the sensory/science materials. The children would learn from hands on experience. Children would also enhance their language development, cognitive growth, motor skills, problem solving skills, and social interactions. These were the things that I had hoped to achieve with the children. I know that we have succeeded with these goals by observing the children in play situations and watching them become more inquisitive about the world around them.”

“Not only has the science material been a great asset to the classroom but so has the sensory material. In our room we have what we call “Cozy Cove”. This is a nice and quiet space for students who are having a rough day, children who just need a space to get away from the noise, or children who just want to use their imaginations in an enclosed area.  The Cozy Cove is where we keep a container with a selection of sensory materials that the children can choose from. Materials include textured balls, liquid discovery tubes, draw and write touch board, etc. The items that produced the biggest improvement in a child were the moods and emotions mirrors. At the beginning of this current school year we had a young boy who, based on observations, we suspected might have autism and developmental delays. When the young boy first started school, he was very stand-offish, quiet, did not transition well, and had no control over his emotions. The first day in the middle of a transition the boy became very angry and aggravated. It was to the point he was crying and screaming, his whole body was tense and uncontrollably shaking. The only thing that we had found that had worked for him was for my assistant teacher and him to sit in the Cozy Cove with him in her lap, and use the moods and emotions mirrors to show him how he was feeling and himself in the mirror. So, every time that he would begin to have one of those episodes, we would take him to the Cozy Cove and repeat those steps with him. As the year has continued he has become a completely different student. Now he is better at controlling his emotions and when he starts to become distraught he will quickly calm himself and go on to the next activity.”

To our donors, we know that we can only succeed and be impactful because people like you care about improving your community, both now and into the future. We are so grateful to everyone who has contributed to our success look forward to growing our work together!