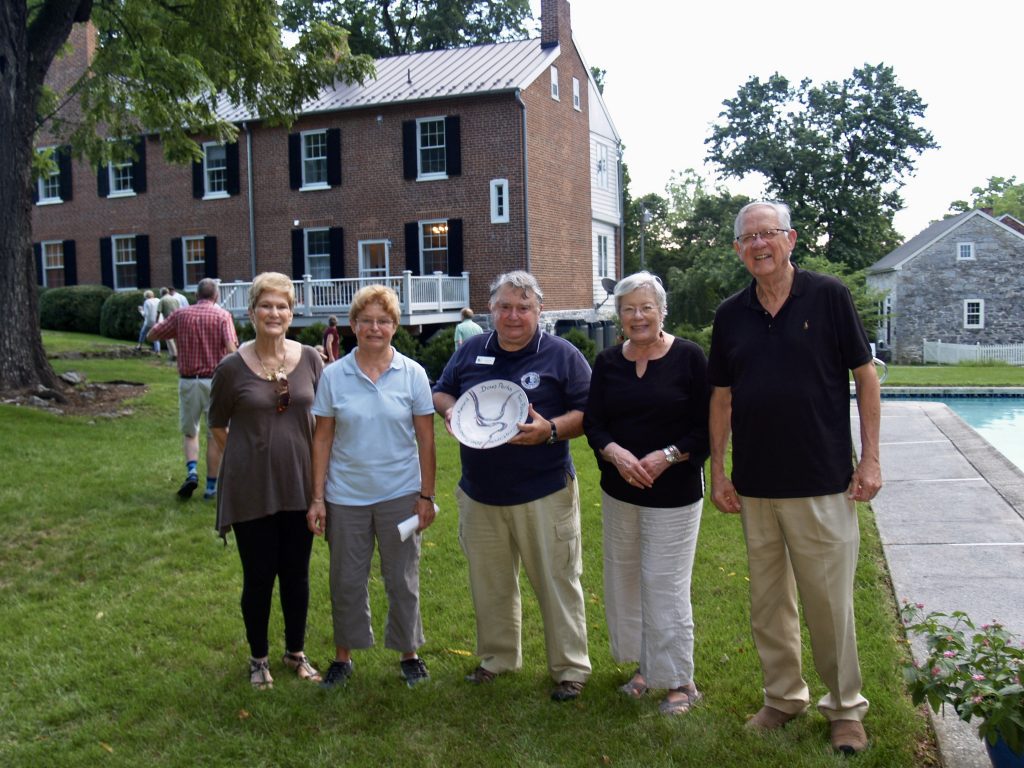 The award recognizes Perks many years of support for historic preservation. It was presented during the Jefferson County Historical Society’s annual picnic, held August 1 at Fruit Hill Farm in Shepherdstown. Perks received a handcrafted platter made from local clay by award-winning potters Pam and Ren Parziale, of Sycamore Pottery in Leetown.

The Two Rivers Giving Circle is a donor-advised fund of the Eastern West Virginia Community Foundation. Since its inception in 2008, it has provided grants totaling more than $68,000 to Eastern Panhandle organizations engaged in historic preservation and natural resources conservation. It is one of the few grant makers in the region that focuses on these two fields.

Each year, the Giving Circle also recognizes an individual who has been a leader in one or both of these fields.

A retired social studies teacher who resides in Shepherdstown, Perks has been active for many years in promoting greater understanding and appreciation of Jefferson County history.

He currently is historian of the Jefferson County Museum and of Shepherdstown’s Elmwood Cemetery Association. He is also is a certified park guide at Harpers Ferry National Historical Park, Vice President of the Harpers Ferry Park Association, and a member of the Historic Shepherdstown. Commission’s museum committee.

Perks was a founding member of the Charles Town Library Civil War Roundtable, and during the Sesquicentennial of the Civil War, from 2011-2016, he co-organized a series of seminars about developments in the County during the War years.

He worked closely with the Jefferson County Black History Preservation Society to preserve Charles Town’s Webb-Blessing House, one of the first structures in Jefferson County built by a free African American.

The West Virginia Division of Culture and History recognized him as one of the state’s “History Heroes” in 2017.

Individuals interested in joining or contributing to the Two Rivers Giving Circle should contact Michael Whalton, executive director of the Eastern West Virginia Community Foundation, at 304-264-0353 or info@ewvcf.org. The cost of membership is $500 annually. Contributions of any amount are welcomed.